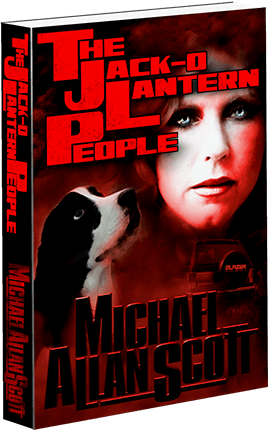 Late in the day, bright shards of sunlight glare from mirrored windows. Long shadows of scabrous peaks creep across desert ravines. The sun, easing down a powder blue sky. Nestled in the volcanic foothills of Cave Creek, Arizona, a pueblo-style townhouse squats on a corner, tangles of mottled shade from nearby paloverdes embracing its tan hide.

Completing its roundtrip home from Sister Moon – Arts & Crafts Emporium, a midnight blue BMW X3 slows as it pulls into the driveway, idling as the garage door rolls up.

Jena Halpern, a trim forty-three-year-old with startling pearl-grey eyes, drums her thumbs on the wheel, wondering about this pesky feeling nibbling at the edges of her world. You’d think she’d be used to pesky feelings by now. Proprietor of Sister Moon is primarily a sideline, something she enjoys, a pleasant distraction to ease her mind between assignments. As an independent consultant, working with law enforcement agencies on hopeless cases of violent crime, she has more than her share of pesky feelings. Interestingly, she’s not working a cold case file at the moment. How odd for this to show up, unbidden.

The cooling engine ticks as the garage door rolls down. Jena digs in her purse for her keys as she approaches the inside door, that pesky sensation still shadowing her.

Pushing the feeling aside, Jena enters through the laundry room as the day’s highlights swim into view. Business at the shop is beginning to show a pulse. The last of the season’s Indian summers has come and gone, winter visitors trickling in before the Thanksgiving holidays. Tourists do love their trinkets.

Julie, her assistant, is doing a great job. Good news. Jena hardly needs to be there at all. Bad news is Jena has too much free time. Without the daily demands of Sister Moon, her conscience turns from the occasional nudge, to frequent nagging, chiding her to do more—help those who can’t help themselves. Certainly, her great-grandmother Theresa would side with her conscience, if she were still around.

Smells of fabric softener and dryer sheets thicken in Jena’s nose. Now that she thinks about it, Grandmama is there when she needs her. Not in the flesh of course, but in every way that counts. She’s present in spirit. Jena wishes she could say the same for her mother. A flower child, such a free-spirited soul—sweet Lorraine. And though she occasionally wanders through Jena’s dreams, to this day, her mother remains unreachable.

Rubber soles squeak on patterned tile. Jeans brush by the dryer door. The light switch softly clicks off. Maybe that’s the way of it. Perhaps her mother is ashamed. Could be an Oxy overdose damages one’s spirit. But then again, her mom wasn’t one to hang around when life’s lemons didn’t suit her. If they ever meet again, Jena will have to ask.

On her way to the kitchen, Jena drops her purse on the saddle-tan couch, that pesky feeling flaring up again. As Lieutenant Daniel R. Kropp pops to mind, she frowns. Her wayward friend and infrequent beau, Dan should be on his way by now. Yet somehow, that’s not quite right. As her big black tomcat, Bagheera, yowls, Jena gets the distinct impression Dan will call with a change of plans.

Jena plops on the couch to pluck the buzzing phone from her purse.
“Dan.”
“Hey, Jena. Something came up. I won’t be there until late.”
“What’s up?”
“I cancelled my flight and am driving down. Have to make a stop in Kingman. On my way, now.”
“So much for an early dinner. What’s going on?”
“It’s a long story. I’ll tell you when I get there.”
Goosebumps ripple up her arms. Whatever it is, it’s not good.